In today’s video, we are talking about what you are willing to do and willing to give up to get what you really want. This video is short but very sweet! Watch now!

Everybody wants more - to be bigger and better, make more money, have more profits, etc. But, it's not what we want that gets us there. It’s what we are willing to do! https://bit.ly/2RBS7Sc #restaurant #noexcuses #success #tips Click To Tweet

Want! Want! Want! We hear it all of the time. Everybody wants more – to be bigger and better, have multiple locations, more profits, more customers, your staff wants more money. In sports, they want to win the championship, win the trophy, etc. We want, we want, we want.

But, it’s not what we want that gets us trophies. It’s what we’re willing to do and willing to give up to get there. The question to ask yourself: are you willing to do the work?

Are you willing to sacrifice?

Kobe Bryant was one of the best basketball players ever. He would show up two hours before practice and stayed two hours after. During the off season when everyone’s out partying, he was training.

Jerry Rice was one of the best players ever in football. He treated every single practice like it was the championship game. For him, there was no off season or practice, rather it was full-on intensity every time. I know people who played football with him and tell me the stories about Jerry Rice’s dedication.

Tiger Woods is always practicing. This is why he has staged one of the biggest comebacks ever. He’s the greatest of all time in my opinion; not just in golf, but in any sport. Yes, I know that’s going to cause some arguments but I’m willing to say it. Let’s look at Phil Mickelson, the number two to Tiger Woods in this modern era. Phil Mickelson is out having fun and playing golf with CEOs of companies, taking on big bets, flying on his private jet all over the world to play golf with people for fun. That’s great! But that’s why he’s number two and not number one.

So the question I have for you is not “What do you want?” but “What are you willing to give up to get it.” How to Nail Your Interview and Get the Job 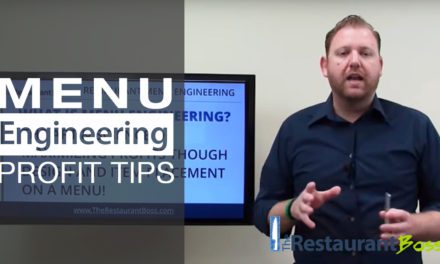 What Is Menu Engineering?