I absolutely love Chick-fil-A! And I always feel bad for the other restaurants within a close vicinity to their restaurant because they don’t pull in nearly the same amount of business. Today’s video digs into the reason for this success (phenomena?).

Struggling to get an accurate FOOD, BEVERAGE,LABOR and PRIME COST?
BACON is the fastest and easiest tool available. 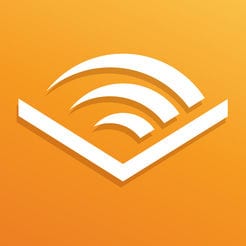 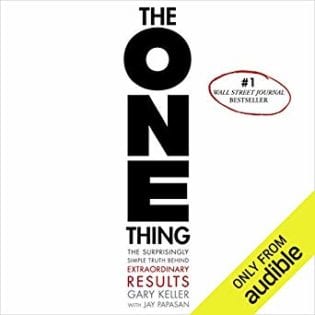 Today, I am sharing three things that you need to be doing more like Chick-fil-A. I often use In-N-Out Burgers as an example of a very simple concept that is hugely successful, serving only hamburgers. Chick-Fil-A, however, is on a much larger scale with almost 2,000 locations as compared to In-N-Out’s 400.

I absolutely love Chick-fil-A! I feel bad for the other 20 restaurants in the same shopping center because they don’t pull in the same amount of business. Let’s dig deeper as to how Chick-fil-A is more successful than the other restaurant chains around it.

After studying Chick-fil-A for a bit, diving into their brand and their operations, I learned that they absolutely embody this quote that I use a lot, “Treat your staff and your vendors as well as you would a customer.”

The reality is these people live in your community and they talk to other people in the same community. I used to do vendor days at our restaurants where I would invite all of our vendors in and treat them to a really great dinner. And then it’s unbelievable that over the next couple of weeks I would see them coming in the restaurant with their friends, family and neighbors.

But, honestly, let’s talk about your staff. We’ve got to treat our staff better. We can’t expect our staff to give us everything if we’re not giving them everything!

Right now, we aren’t going to dig into this subject of how to do this. I want to get back to talking about Chick-fil-A. But, there is a lot of information on the blog and you can also can go through my training course where we talk a lot about this subject.

You have to drastically simplify your menu. Some of you might think you have simplified menus, but in actuality you don’t. Some of you know you have complex menus, but don’t do anything about it. Last week I got an email from a restaurant owner in my area and when I took a look at their menu it was huge and all over the place. There’s no way that they can focus on the quality and attention to detail with a menu that big.

Here’s a great post to add on to this discussion about designing menus. Remember, you have to drastically simplify things!

Live with a service mindset. You are in the service/hospitality business so you must take better care of your customers. I don’t mean just being friendly and taking care of things that go wrong. I mean going above and beyond. We often talk about exceeding expectations and my expectations have been exceeded so many times by Chick-fil-A.

One time when we were still living in California, where there aren’t many Chick-fil-A’s, we came across one on our drive to Los Angeles to visit family. We were frazzled from our 2 hour drive with a young child (parents know what that’s like). They could tell when we sat down that we’d had enough, and one of the employees walked over grabbed our drinks for us, refilled them, asked what we wanted, gave a balloon to our son and a toy. You could tell that they were there to take care of us. We probably only spent $12 that meal, but we had better service in that Chick-fil-A than we could have if had we went to a restaurant and spent $50.

Ever since that day, we became huge fans of that Chick-fil-A and we would go back to it often. And, I have to say, they constantly exceeded our expectations. I mean, here’s a fast food restaurant that puts fresh flowers on the table. And my list could go on and on. No matter how busy they were, it was service first. They have employees holding doors for customers, people refilling drinks, and people cleaning and bussing tables. They were doing a better job at taking care of the customer than most restaurants I eat at do during full service with 5-6 times the price.

I highly recommend diving deeper into way Chick-fil-A does business. There are so many lessons to be learned!